If you are a gamer, then perhaps you would know about Sea Limited stock. Specifically, its Garena brand, which is a leading global online games developer and publisher.

Apart from these 2 business segments that are dominating the region, the company is increasingly focusing on its digital payments and financial services through its SeaMoney brand. And this digital payments technology is integrated into its Garena and Shopee platforms as well.

In short, Sea Limited is a diversified tech company catering to its users in Southeast Asia and Taiwan.

Over the past year, we saw Sea Limited’s extraordinary growth in both its business and share price. The latter saw a surge of more than 400%.

The question is if the soaring share price is justifiable? And does it still present an opportunity for investors to enter, or should we wait at the moment?

So, today we will look through the latest performance figures, and potential prospects for further growth. Then we will use them to assess if there is any investment opportunity.

Specifically, we will look at each of the 3 business segments that the group operates currently.

First, understand that Sea started as a game developer and publisher under the Garena brand. In fact, this is the only profitable operating segment out of the 3 at this point in time.

To name a few, some of the popular games include Call of Duty, FIFA Online 4 and League of Legends.

Other than licensing and distributing 3rd party games, the company also develops its own games in-house.

For instance, Garena created its first mobile game, Free Fire. This turns out to be the most downloaded mobile game globally for 2020, according to App Annie. And it has maintained this  leading position for the past 6 consecutive quarters.

Apart from that, Garena has been expanding its footprints by acquiring games developers around the world. Recent one includes Phoenix Labs which is based in the U.S.

The company is also actively building its business in eSports, which is becoming increasingly popular as well.

Finally, I want to highlight that Garena is not just creating and distributing games. The company is working on its other entertainment content and social features, such as live streaming of gameplay, user chat and online forums.

What they are trying to do is to create a platform more than just transactional functions. They are growing a community of gamers and developers that increases the value of its network.

Next, is the company’s increasingly popular ecommerce platform – Shopee.

Its business model is comparable to Alibaba’s Taobao and Lazada, acting as a platform to connect buyers and sellers. Then again, the company is increasingly sourcing its own products from third-party suppliers, and reselling directly to the customers.

You can see Shopee’s leading e-commerce position in Singapore in terms of monthly web visits, as well as mobile app store ranking.

In terms of its overall operation in Southeast Asia, Shopee is also the leading ecommerce player in the region.

Similar to its gaming business, we saw continued growth in its ecommerce business, with revenue surpassing its core business in gaming for the first time in 2020.

Moving forward, Shopee is creating a social-focused marketplace, with features such as “Shopee Feed”, “Shopee Live” and “Shopee Coins”. This is to enhance user engagement, which will further strengthen its network effects beyond the traditional ecommerce marketplace.

And finally for its up and coming digital financial services operating under the SeaMoney brand. Other than serving as a payment infrastructure for its digital entertainment and ecommerce businesses, it also integrates with third-party merchant partners.

Some of its services include AirPay, ShopeePay, and SPayLater.

While this Digital Financial Services segment is still relatively small, we are seeing good traction. More than 23.2 million quarterly paying users was recorded for its mobile wallet services for Q4 2020.

Now that you have some ideas of Sea’s businesses, let’s take a look at some of its recent performance metrics.

First, understand that the company’s key revenue contributors are its digital entertainment segment. Namely its gaming products and services. Another key driver is the ecommerce segment. Both took up the main chunk of its revenue, contributing more than $2 billion each for FY 2020.

In fact, you can observe the explosive growth from 2019 to 2020, registering a 101% YOY revenue increase. Both the gaming and online retail industry were boosted by the Coronavirus pandemic, when many other businesses were negatively impacted.

Staying at home accelerated both the growth of online gaming as well as the adoption of online retail shopping during this extraordinary year.

However, that’s not to discount the importance of its digital financial services segment. It actually recorded a good US$7.8 billion in mobile wallet Total Payment Volume for FY 2020. Year-on-year revenue growth was 560%. Though in absolute terms, the revenue of $60.8 million in FY 2020 was not substantial compared to its gaming and ecommerce businesses.

As discussed in the beginning, other than Sea’s gaming business which is profitable, registering more than $1 billion in operating income, the rest of the segments are still in the red.

Specifically, we saw a heavy operating loss in the ecommerce segment of about $1.4 billion. This is understandable as we saw many other ecommerce companies in other regions sustaining losses in the earlier years to capture market share. And that is what Shopee had been doing and will continue to do so in the near term.

However, unlike pure ecommerce play, Sea Limited has a very profitable and more matured gaming business under its Digital Entertainment segment. This segment generates thecash that allows the group to continue to expand aggressively in its ecommerce and digital payment businesses.

Now the question is, how much further can Sea Limited grow given its extraordinary year in 2020?

The group’s business is focused mainly on Southeast Asia and the rest of Asia. Together, they take up more than 85% of the group’s revenue. Hence, we will base our estimates of growth rates based on this geographical region.

Sea Limited’s key profit driver is from its Digital Entertainment segment. So, we will take a look at the growth prospects of the gaming industry first.

Understand that the gaming industry in the whole of Asia Pacfic is huge, worth about US$84.3 billion as of 2020.

Looking at this bigger region may show the higher potential that Sea Limited can grow. However, it is also accompanied with major competitors like Nintendo of Japan.

And since the larger part of Sea’s revenue comes from Southeast Asia, we will focus on this subregion instead.

According to PR Newswire, the Southeast Asia gaming market is expected to grow at a compounded annual growth rate (CAGR) of 8.5% over the forecast period from 2020 to 2025.

So this will form the base of organic growth for Sea Limited. Given Garena’s leading presence in the region, we can expect its gaming business to grow at least at the same rate as the industry at 8.5%.

Similarly, for Sea Limited’s leading presence in Southeast Asia ecommerce, we should expect it to grow at least with the industry expansion rate of 10.28% CAGR for the next few years.

Well, Sea Limited’s digital payments revenue is relatively small compared to its gaming and ecommerce businesses. Thus, we will put more weightage on the growth rates of the latter two segments at this point in time.

We saw earlier that the gaming and ecommerce industries will grow at 8.5% and 10.28% respectively. For simplicity, we will use an overall organic growth rate of 10% for the company.

On the other hand, understand that Sea Limited is investing heavily to grow its business across all segments. But given the reported losses due to the aggressive expansion, it is difficult to compute a reasonably accurate Return On Invested Capital (ROIC).

For quick estimation, we will use a general ROIC figure of 10%.

So, putting these growth elements together, we can assume that Sea Limited will grow at a CAGR of 20%. And this is made up of the 10% organic growth from industry expansion, and 10% growth from invested capital.

As a reference point, we will use the company’s guidance for FY2021 for projection purposes. Because it should be a better gauge of the short-term forecast.

So we will assume that the ecommerce revenue will grow to US$4.6 billion in 2021.

Adding a 20% growth to its other business segments will give us a projected revenue of $0.23 billion for FY2021.

Summing up, we should see a projected revenue of US$7.61 billion for the group in 2021.

For estimation purposes, assume that the company eventually becomes more established and equilibrate to a P/E multiple of 30. This will translate to a target price of $273 in 2025.

Given that our assumptions made were already on a slightly aggressive side, such as an eventual profit margin of 30%, and P/E of 30, I think the current share price is considered a little high for us to invest and risk for a 5% return.

Nonetheless, Sea Limited stock seems like a promising company which continues to show good performance. So, definitely I will add it to my watchlist, and perhaps add to my portfolio when opportunity arises. And you should track this company too.

If you want to find out how we research and identify investment opportunities, remember to subscribe to our newsletter below, so that you can be informed once our next investing tip is out! 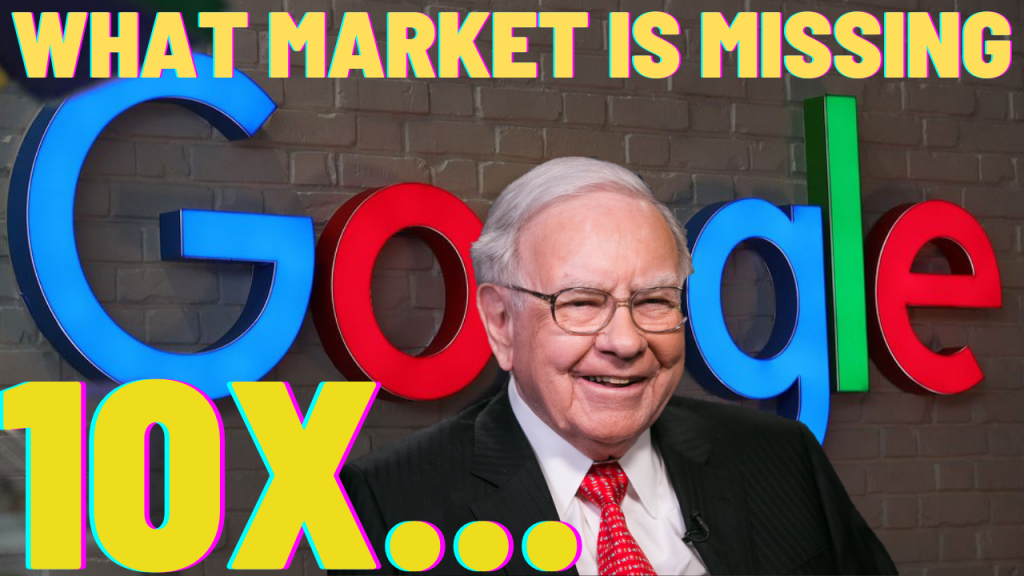 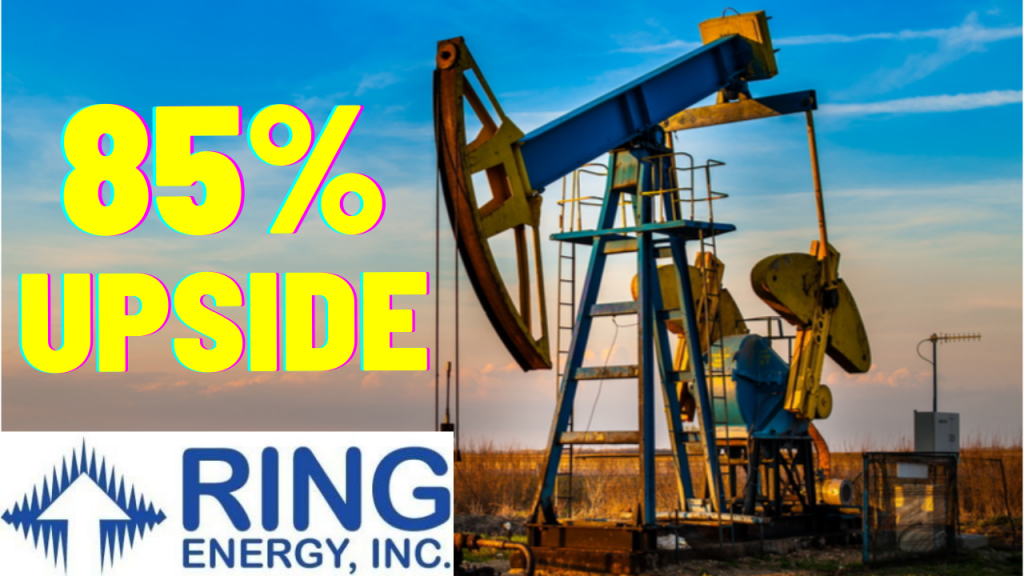 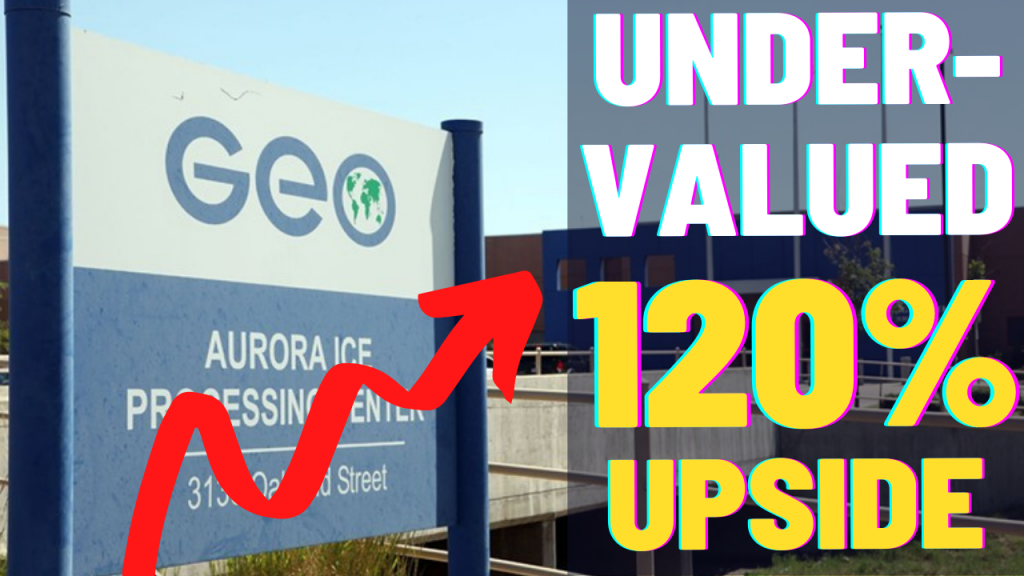