Be patient. Careful investment, rather than frenetic speculation, is more likely to create value. 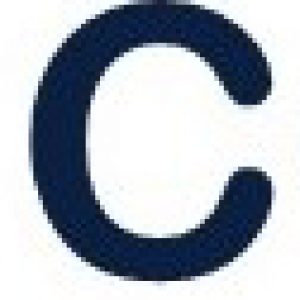 There’s a basic rule Wall Street types don’t want us to know. It’s a secret that has helped Warren Buffett amass an $88.9 billion fortune. Are you ready for it?

The key message here is: Be patient. Careful investment, rather than frenetic speculation, is more likely to create value.

Investing isn’t rocket science, but there’s a catch. People frequently confuse speculation for investment. But there’s a difference. Speculators obsessively follow unpredictable market fluctuations to buy and sell stocks hoping to get rich quick. Investors, on the other hand, buy businesses based on careful assessment of their inherent value. And then they wait.

The well-known billionaire, Warren Buffett, is an investor. He attended business school in New York, but he hails from the Midwest, and his methodical, straight-talking approach characterizes his letters and overall investment philosophy.

Inspired by his mentor Ben Graham, Buffett figured that the prices of most financial assets, like stocks, eventually fell in line with their intrinsic values.

When buying a stock, you’re buying a tiny fraction of a business. Over time, a stock’s price changes to reflect how the business is doing. If profits are good, the business’s value grows, and the share price increases. But, if ther business loses value – for example, there’s a big scandal or something  – the share price falls.

Sometimes, the stock price doesn’t accurately reflect the value of a business. Investors who buy shares in undervalued companies, then patiently wait for the market to correct itself, can’t help but make money.

The key, though, is to focus on what the market should do, not when it should do it. If you trust that the market price will eventually reflect the actual value of a business, you can expect to eventually make a profit. This will help you to avoid selling just because the market dips.

Buffett’s favorite story illustrating the power of compound interest involves the French government’s purchase of the Mona Lisa. King Francis I paid the equivalent of $20,000 for the painting in 1540. If he had instead invested the money at a 6 percent compound interest rate, France would have had $1 quadrillion by 1964.

By now you might be convinced by the power of investing. In the following chapters, you’ll learn how to develop your own investment style.